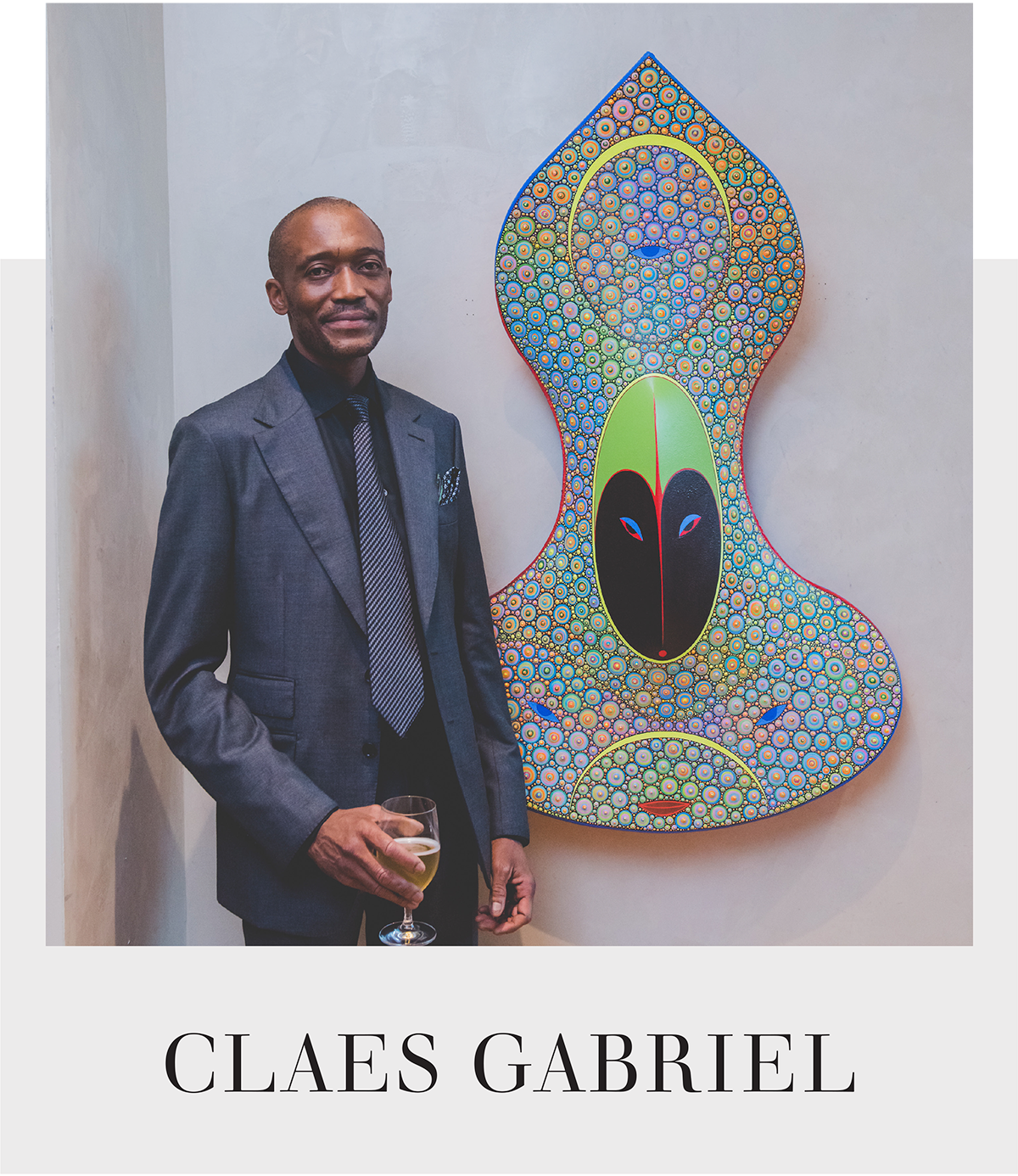 Claes Gabriel says just about everything you would hope to hear from an artist if you were to sit down with him for a drink. When asked why he became an artist, he says: ‘Being an artist is not just about painting and making it a living. You are a game-changer with the ability to make a difference. It’s an epic opportunity.’ 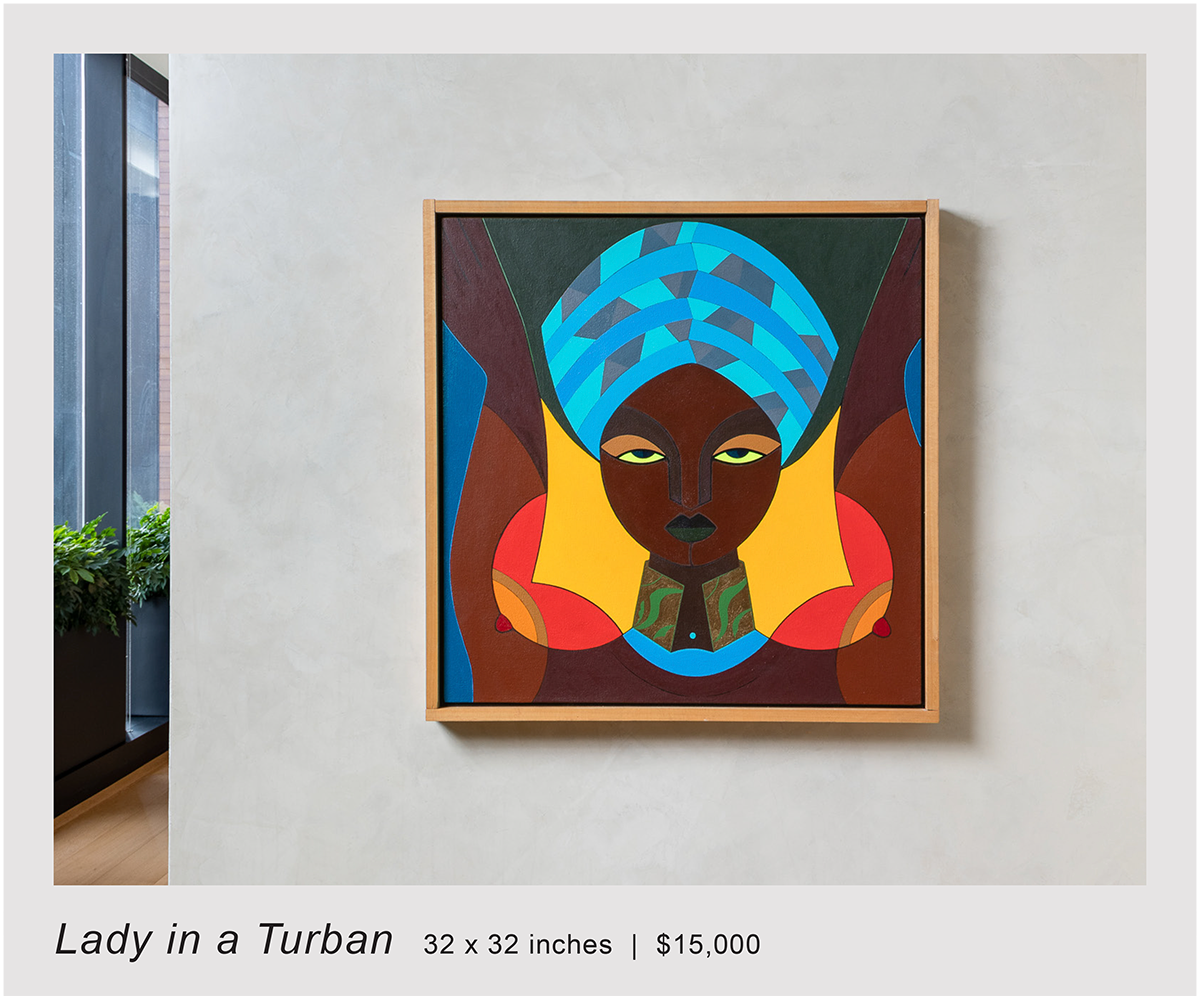 When asked what informs his practice, he reflected: ‘My father [the famous Haitian painter, Jacques Gabriel], being Haitian, being an immigrant and my western education.’ Claes is a graduate of the Maryland Institute College of Art. ‘I do a lot of work that addresses the Haitian Revolution…even if I am addressing a subject that is tough, I want it to be beautiful.’ Claes is a hopeless romantic and a passionate activist rolled into one.

Claes paints on both a flat or 2D canvas as well as a shaped canvas, a technique he developed as a way to differentiate himself from his father. ‘Most of my flat works are narrative pieces based on something else, oftentimes they are sequels to paintings made by my father. He was such a great painter that I felt I needed to break out of his mold and create something that was my own. That’s when I started painting shaped canvases, like Queen of Time and The Harlequin. If I am not learning and trying new things then I will get bored to death.’ 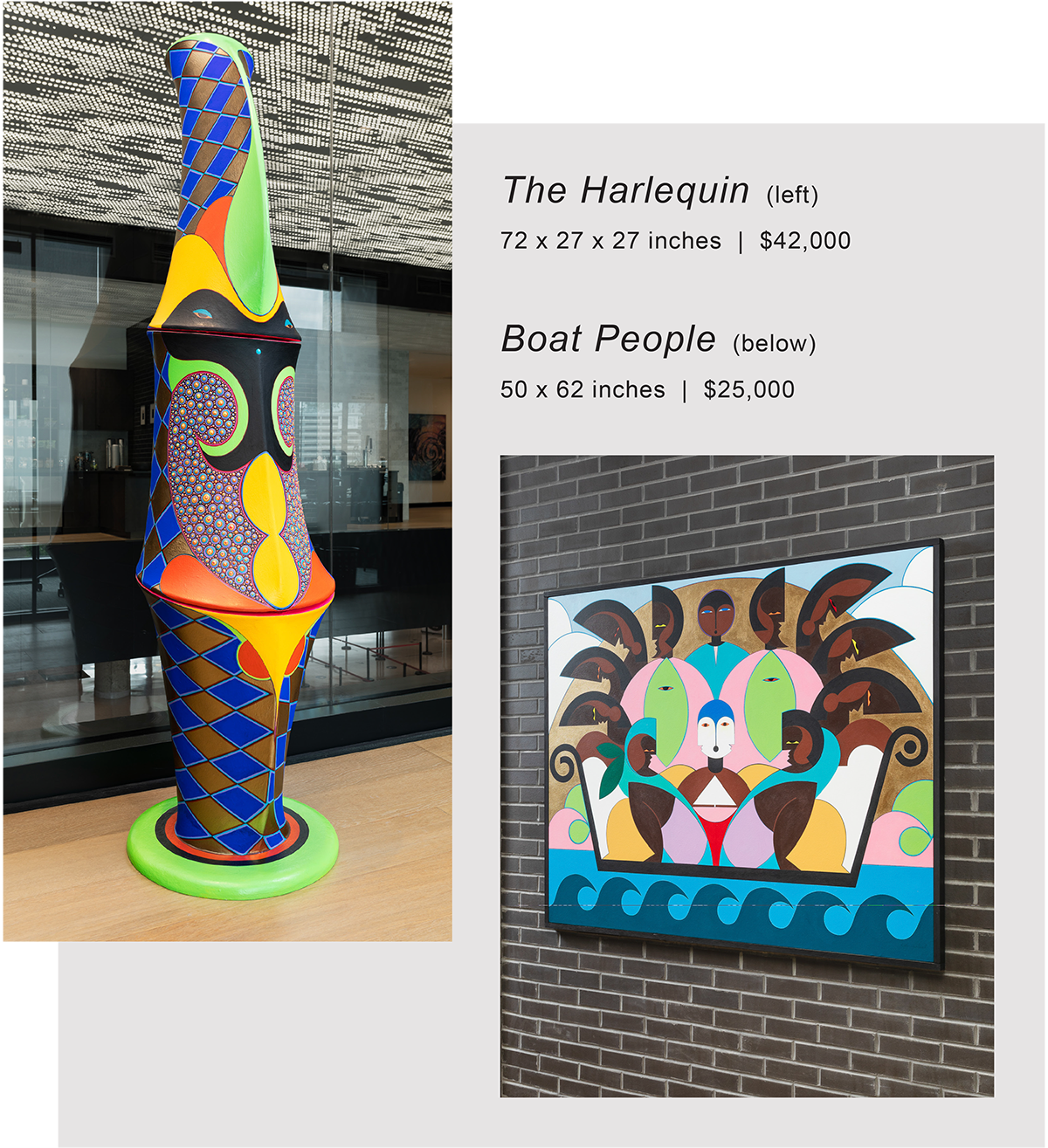 Claes is both an expert in and fascinated by art history. He sees himself as a scientist seeking the undiscovered. ‘Science and technology has everything to do with liberating artists and seeing what can come next.’ Similar to another famous Philadelphia scientist and inventor, Claes can often be found flying his kite, a passion he developed as a young boy in Haiti. He compares kite festivals to ‘an aquarium in the sky,’ a lovely visual to welcome us to June. 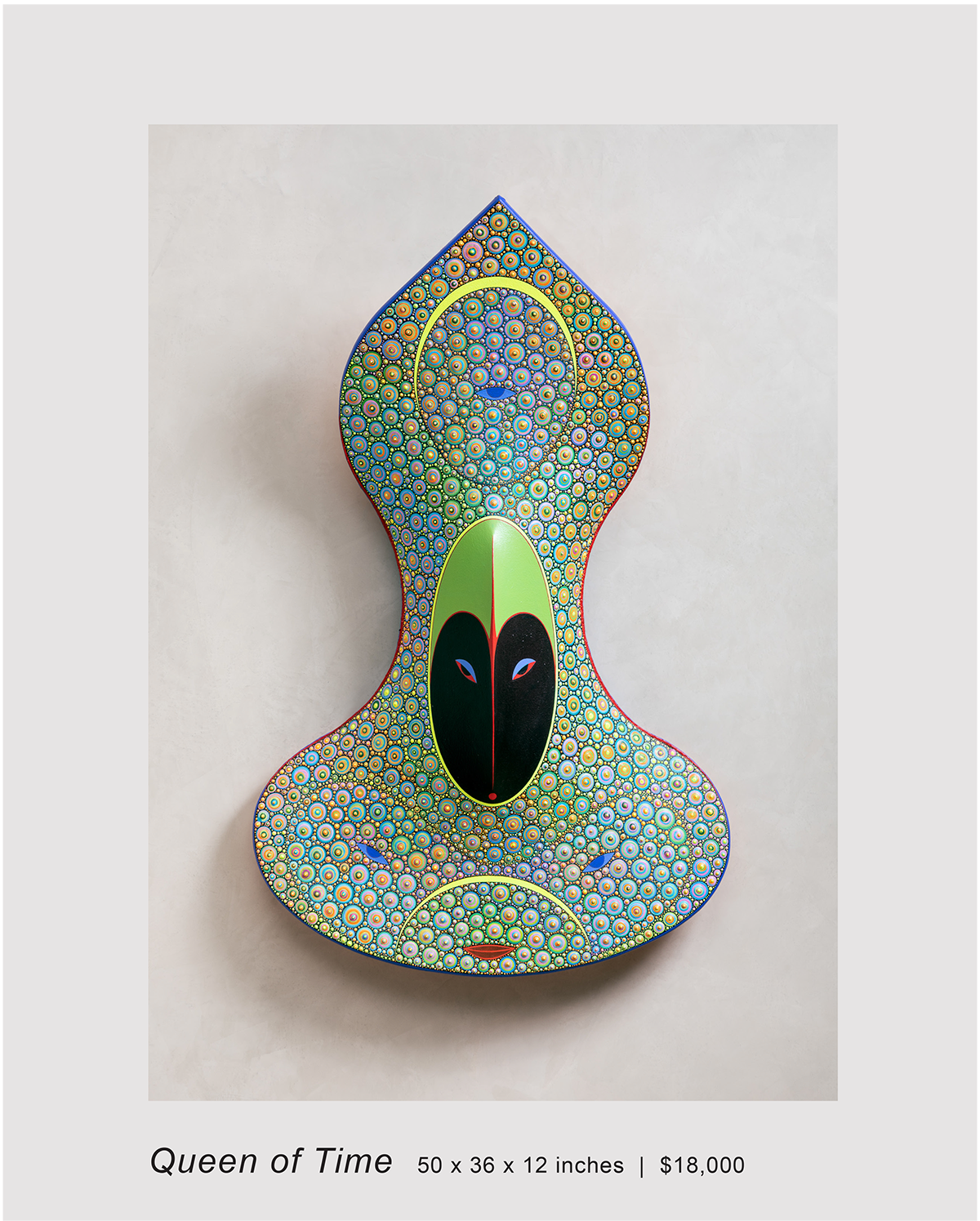 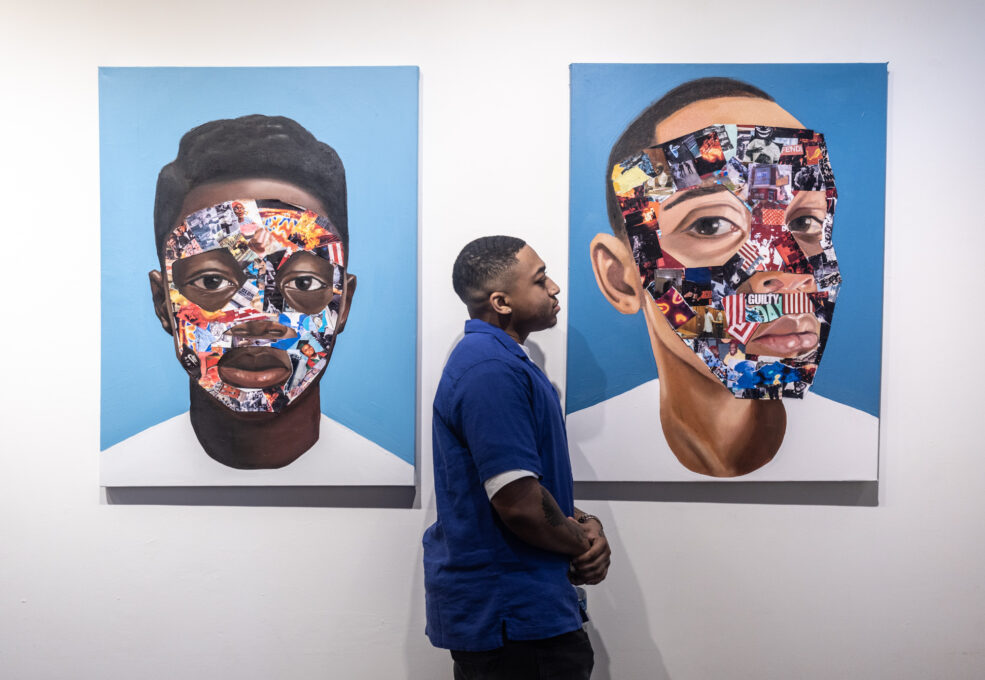 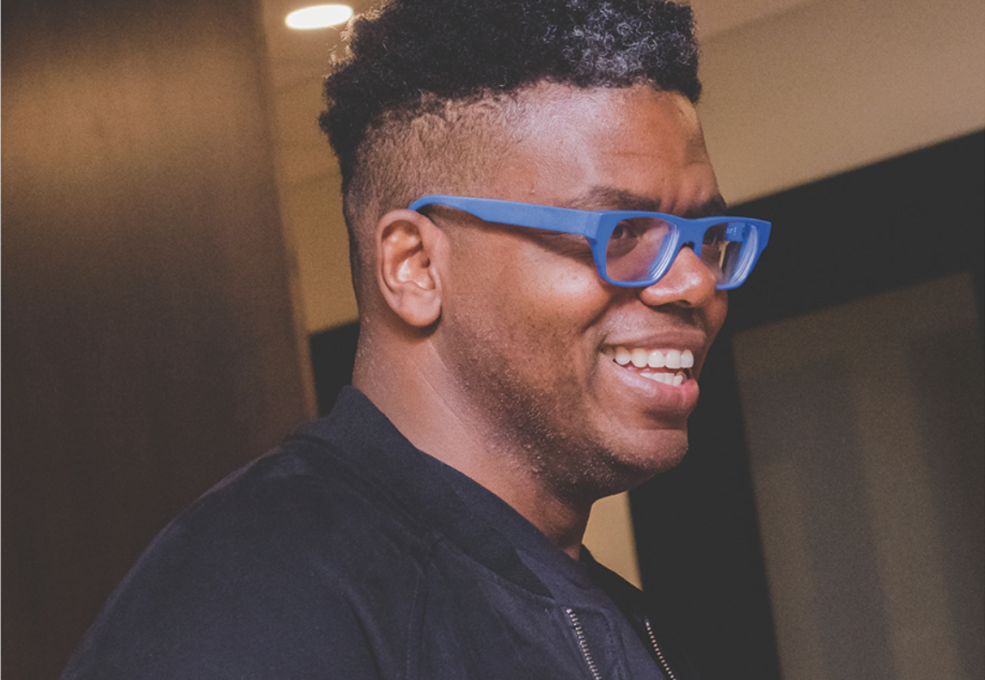 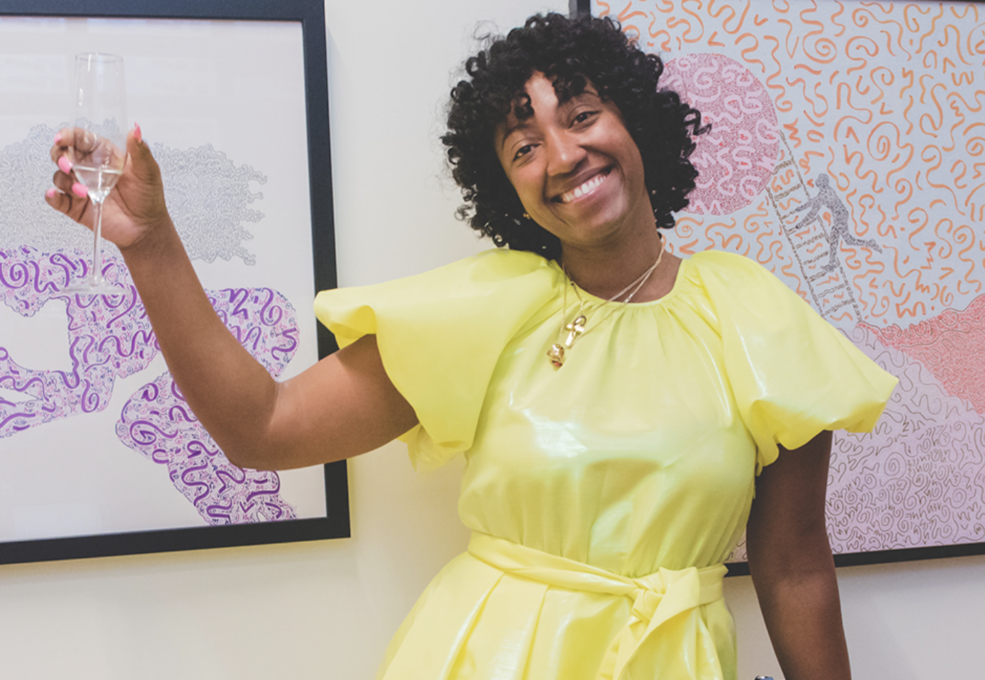